Python is one of the most popular, versatile, general purpose, high-level programming language. Python supports multiple programming paradigms, including functional, procedural and object-oriented programming. Its object-oriented approach aim to help programmers to write clear and logical codes for their projects. Python is simple to learn whether you’re a first time programmer or you’re a experienced programmer with other languages because it has a simple syntax similar to English language with influence form mathematics. Python works on different platforms like Windows, Mac, Linux and Raspberry Pi, etc. You can move python programs from one platform to another, and run programs without any changes.

A Desktop based CUI project is a program which runs within your system over the operating system. CUI (Character User Interface or Command-line User Interface) here user interacts with computer using only Keyboard.

A Desktop based GUI project(Desktop application) is an application which runs within your system over the operating system. Tkinter(A Python standard library) gives you a possibility to make small and simple GUI application. GUI stands for Graphical user interface where user interact with computer using Graphics.

A Web based projects(including websites and web application) is a program that is stored on a remote server and delivered over internet through browser interface. 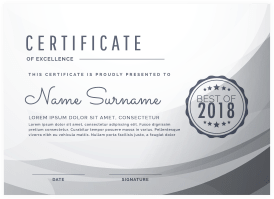